UZBEKISTAN – RUSSIA | ON THE WAY TO STRENGTHENING OF BILATERAL RELATIONS

The Leader of Uzbekistan warmly welcomed the distinguished guest and expressed gratitude for participation in the SCO Samarkand Summit.

In turn, Vladimir Putin thanked Shavkat Mirziyoyev for the traditionally warm hospitality and highly appreciated the development of intensive and productive interstate interaction at all levels.

At the meeting, the parties satisfactorily noted that the multifaceted cooperation between Uzbekistan and Russia has reached an unprecedented high level in recent years.

Mutually beneficial trade and economic ties are actively growing. By joint efforts, according to the results of last year and seven months of this year, the growth in trade turnover amounted to more than 30%. Moreover, today the structure of mutual trade consists of 70% of products with high added value.

The industrial cooperation is developing dynamically. In recent years, more than 100 joint projects have been launched in the mining and metallurgical, fuel and energy, chemical, agricultural, machine-building, textile and other industries.

The sides agreed to adopt a joint Comprehensive Action Plan for the development of industrial and technological partnership, primarily in the electronics, pharmaceuticals, textile, clothing and knitwear industries.

It was noted that as a part of the current visit of the President of Russia to Uzbekistan, a package of new investment agreements worth $4,6 billion is being signed in mechanical engineering, chemistry, petrochemistry and geology.

The direct interregional ties play an important role in enhancing the multifaceted cooperation. In the first half of the year alone, about 50 mutual visits to the two countries’ regions took place.

The Presidents also highly appreciated the rich and diverse cultural and humanitarian cooperation.

The tourism exchanges are developing dynamically. The number of Russian tourists in Uzbekistan has exceeded pre-pandemic levels this year.

The Presidents exchanged views on the issues of the regional and international agenda of mutual interest.

Following the meeting, which was held in a sincere and friendly atmosphere, the sides confirmed their commitment to further strengthening the strategic partnership and alliance between Uzbekistan and Russia.

Presidents Shavkat Mirziyoyev and Vladimir Putin have signed the Declaration on Comprehensive Strategic Partnership between the Republic of Uzbekistan and the Russian Federation.

The signing ceremony of the document took place following the productive talks in Samarkand.

The Declaration marks a new stage in the development of multifaceted Uzbek-Russian cooperation. The document notes giving the relations the character of particularly close and dynamic cooperation.

The Samarkand Declaration stipulates the development of cooperation in a number of specific areas: in political, trade, economic, nuclear energy, transport, cultural, humanitarian and other fields.

In total, the legal framework between Uzbekistan and Russia includes more than 350 documents.

The President of Uzbekistan Shavkat Mirziyoyev has been awarded the Russian Order of Alexander Nevsky for the great merits in strengthening friendship and cooperation between the two countries.

The Decree on awarding the President of Uzbekistan with the Order was issued in July of this year.

Receiving the Order, President Shavkat Mirziyoyev emphasized that he primarily regarded this award as a high appreciation of the contribution of the Uzbek people to the development and consolidation of relations between Uzbekistan and Russia.

It should be noted that the Order of Alexander Nevsky is awarded to prominent foreign political and public leaders for their merits in the development of multifaceted cooperation with the Russian Federation and their contribution to the socio-economic development. 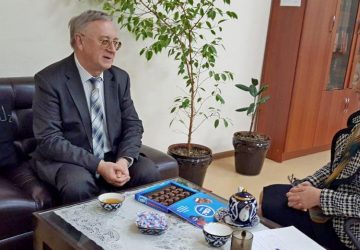 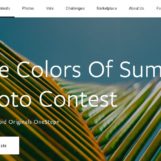